The North Cape (Norway) is northern Scandinavia's most popular travel destination - and for good reason. The North Cape is a monumental natural experience, along with breathtaking views, unusual climatic conditions, the dramatic cliff itself and the fact that one is standing at Europe's northern end.

The cape includes a 307-metre (1,007 ft) high cliff with a large flat plateau on top where visitors can stand and watch the midnight sun or the views of the Barents Sea to the north. A new visitor center was built in 1988 on the plateau with panoramic views, a cafe, restaurant, post office, souvenir shop, and a so-called super video cinema

Nordkapp - The North Cape, the North Cape Horn has always been a well-known an important point of orientation for all boats and ships. The rock has had a great variety of names and it was only in the mid 16th century that it was given the present name.

In 1553 a English commander, Richard Chancellor passed Nordkapp and named the cliff as Nordkapp, the North Cape. From that time, it has been called Nordkapp. At that time it wasn't exactly the center of interest.

But only 100 years later, the first "tourist" was reported to have climbed up to the plateau. He was an Italian priest called Fransesco Negri. It took him more than two years on foot, by boat, on horseback, on sleighs and on skis. In 1664, finally having reached his destination, he noted in his travel log: "Here I am now on the North cape, at the extreme tip of Finnmark, really at the end of the world"

In the 18th and 19th centuries, a journey to Nordkapp was still an adventure - an expensive one. This is why there were quite a few high-ranking people aming the first tourists - Prince Louise Phillippe of Orleans, Oscar the second, King of Norway and Sweden, King Chualalonkorn of Thailand. He got his name and date carved into a rock on the top of the plateau. This rock can be seen in the Panorama hall in front of the souvenir shop. And Emperor Wilhelm the second, of Germany.

In 1875, London Travel agent Thomas Cook organized the first group travel to Nordkapp for 24 participants. At that time travelling to Nordkapp was very different compared to how it is now. There was no road leading across the island to the plateau. Travellers were taken by rowing boat from Skarsvåg or Gjesvær to Hornvika, just below the north cape. From there they had to climb up the steep and rocky ravine, to reach heigh of plateau.

The first modest wooden buildings started to appear to the plateau. One of those was an hut "Stoppenbrink's Champange Pavilion. 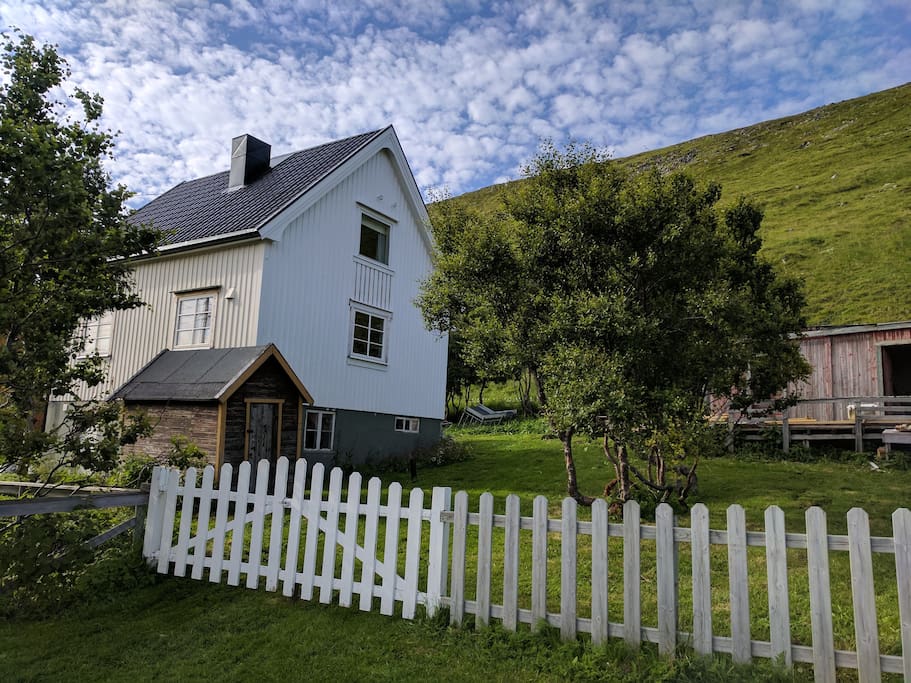